Videoblocks, the subscription-based stock footage company that is in fair bloom since years, has announced the launching of a new service on their platform, aiming at large enterprises.

While the mass of individual creatives remains the core of their business, Videoblocks new Enterprise membership will add multi-seat licensing, asset management software and API access to their unlimited-downloads library, among other features.

It seems Videoblocks won't stop in their race to become a challenging competitor to industry leaders like Shutterstock and Getty Images!

Learn more about the company in our Videoblocks review. Ready to buy great footage from Videoblocks? Sign up for your membership!

Keep reading to find out more about this new offer.

Via an article at the Washing Business Journal online, the company informs the new service aims at big businesses and companies needing solutions for their large volume stock footage needs.

Like this, Enterprise membership will include multi-seat licensing options. This will be useful for companies needing many team members to access the downloaded files and to work on them.

Another addition will be an asset management system that will enable all team members from a same company to share photos, videos and other media files from within Videoblocks' platform. Making file sharing easier and integrated with their site will help creatives and executives save time and effort when deciding what content to use in their projects.

Big companies Buzzfeed Motion Pictures and Vistaprint have already signed up for this service.

Going After Shutterstock and Getty Images

At this time, the company has not disclosed how much Enterprise service will cost. But they did, however, told that the price will be between 50% and 75% cheaper than the equivalent service at Shutterstock and Getty Images.

They feel confident their new offer can steal customers from the two stock imagery giants, whom have been dominating the market since years. Competing with the leading agencies, and reaching a comparable position in the industry, have been at the core of Videoblocks' company goals for a while now.

While the company has had an enormous success in the past years, growing their subscribers base to over 150,000 customers, they are still a small company next to Shutterstock and Getty Images, both with hundreds of millions in revenue and way over a decade in business.

However, Videoblocks has been actively developing expansion and innovation in their platform to achieve their goals. Last year they launched a contributor-sourced marketplace where you can buy clips on an a la carte basis, and it was a huge success: they reached 1 Million clips and over $1 million in paid royalties to contributors in less than one year. Right now, the marketplace has 1.5 million videos, and they expect to have 3 million by the end of 2016.

They have closed distribution partnerships with high-profile video brands and production studios, that add value to their libraries. In 2015, they brought nothing more than Discovery Channel's stock footage to their marketplace.

Lastly, they work to be always up to date with the market and to be early adopters in new consumer trends. They were the first company in adding 4K resolution content to their offer a few years ago, and now they are the first in bringing 360° and VR formats to stock as well. Earlier this year they launched a new collection of 360° videos and VR experiences, on both their subscription library and the a la carte marketplace.

The addition of Enterprise membership is just one more step in their growth strategy. With prices that cost half or less than half of what you pay at other agencies, it can be worth your while if you have a big company and you need lots of content and time-saving solutions. 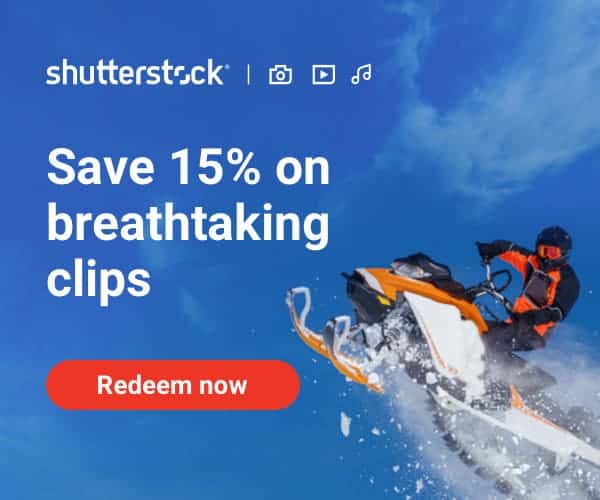