Interesting news in the video industry today, as stock media company Artlist –the parent company of Artgrid— announced the acquisition of software developer FXHome, the creators of HitFilm video editor.

This is a step to turn Artlist into a one-stop shop for creatives, providing both high-quality digital assets and editing tools to complete audiovisual projects.

Artlist is a stock media supplier based in Israel, started by filmmakers. Their initial offer was a royalty-free, stock audio catalog with music and sound effects thought for film and audiovisual production. Later on, they expanded to include Artgrid, a stock footage library providing creative video clips under a royalty-free license. Learn more about them in our Artgrid review!

Not long ago, they made another move by acquiring Motion Array, integrating both their stock video collection and their software tools into Artlist’s platform.

Now, in what is another step in a clear path to level up to Adobe, they have bought FXHome software company, looking to integrate their video, visual effects, and image editing solutions into their offer for their 13 million clients all over the world.

If FXHome doesn’t ring a bell, perhaps their most popular products do: they are the company behind HitFilm Pro and HitFilm Express, premium and basic versions, respectively, of a powerful video editing tool, considered an alternative to Adobe Premiere. 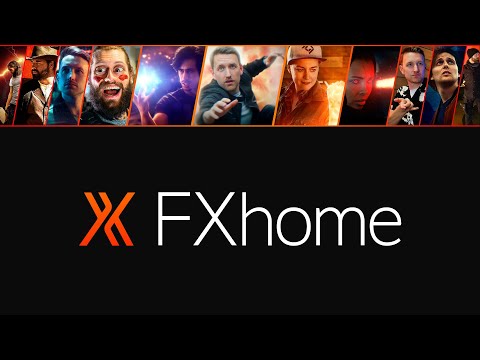 This was Artlist’s goal behind their most recent fundraiser and business decisions. This latest purchase only confirms they firmly intend to become a video creative powerhouse, providing both media assets and software services for filmmakers.

Adding FXHome’s well-known and widely used tools to their platform, they certainly are closer to that goal by giving video creators of all levels of expertise, from beginners to pros, the possibility of accessing both powerful software and high-quality assets to materialize their projects.

Do you use Artlist, Artgrid, or HitFilm editor in your work? If not, this sounds like a good time to try!

I am Content Manager, Researcher, and Author in Stock Photo Press and its many stock media oriented publications. I am a passionate communicator with a love for visual imagery and an inexhaustible thirst for knowledge. Lucky enough to enter the wonderful world of stock photography working side-by-side with experienced experts, I am happy to share my research, insights, and advice about image licensing, stock photography offers, and the stock media industry with everyone in the creative community. My background is in Communication and Journalism, and I also love literature and performing arts.

The New Shutterstock Editorial Video Service for Storytellers is Out!

20% OFF Credits and Subscriptions for NEW 123RF Customers

15% Off Small Footage Subscription from Shutterstock

Exclusive Coupon: 20% off Unlimited Videos at Videvo Pro Yearly Plan and all other Plans